The Star Tribune had a good story on October 15 dealing with the kinds of issues American Experiment is addressing in our “Great Jobs Without a Four-Year Degree” project.  Headlined, “In D.C., Efforts to Champion Alternatives to Four-Year Degrees Slow to Gain Traction,” the article, by Jim Spencer, lends itself to mostly reinforcing “He said/I said” exchanges. 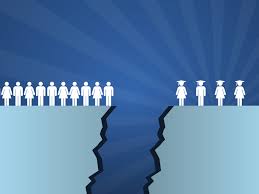 Spencer opened by noting how Burnsville H.S., last academic year, launched a “radically redesigned curriculum to try to plug Minnesota’s jobs skills gap.”  The school, he wrote, “has become a national model for states like Minnesota that face a disconnect between available employment and the training needed to fill them.”

Nevertheless, Spencer continued, “even as well-paying posts in manufacturing and trades go begging, the American dream of a bachelor of arts or sciences dies so hard that politicians and public officials find themselves in a culture war as they push workforce legislation and policies.  The idea of career and technical education – what an older generation called ‘shop’ or ‘vocational education’ – makes sense to people ‘as long as you pose this for someone else’s children,’” according to Anthony Carnevale, director of Georgetown University’s Center on Education and the Workforce.  But when people are asked, “Should your kid go to a four-year college?” Carnevale said, the answer is always, “Yes.”

Me: Yes, that’s largely true.  Here are some numbers backing up Carnevale’s claim.

In 1997, Kenneth Gray, a professor of education, reported that, “Ninety-five percent of high school sophomores surveyed in a recent [U.S.] Department of Education study said they would go directly to college after high school, and 85 percent aspired to at least a four-year degree.”

In 2011, sociologist James E. Rosenbaum wrote that a remarkable (or not so remarkable) 80 percent of “low-achieving seniors who plan a degree” have an 80 percent failure rate.

And in 2014, a British sociologist, John Jerrim, reinforced Rosenbaum’s finding when he wrote that “American teenagers are less realistic about their prospects of obtaining a bachelor’s degree than young people in most other developed countries.”

How have parents chipped in?  Ninety-two percent of parents in a 2010 Gallup Poll said their own children would, in fact, go to college.”

Spencer:“Allison Luizzi, who studies the skill gap for the nonprofit research group Minnesota Compass, said employment data suggest that two-thirds of job openings in Minnesota in the next decade will require some education beyond high school.  However, half of those jobs will require less than a four-year degree.  At the same time, Luizzi said, studies show that four-year college graduates have better potential for promotion and cumulative earnings over the course of their working lives.”

The first is the real possibility that talented and energetic men and women in the trades and other fields will make more money than less-skilled and less-eager B.A. and B.S. recipients holding down less challenging jobs.

The second caveat is again a big one.  A recent American Experiment study, “No Four-Year Degree Required: A Look at Selection of In-Demand Careers in Minnesota,” by Wake Forest University economist Amanda Griffith, found that median lifetime earnings for machinists, dental hygienists, plumbers, electric line installers and similar jobs exceed those of their counterparts with four-year degrees by as much as 61 percent.  The average debt incurred by four-year degree holders accounts in part for the financial disparity.

One more observation and reaction.

Spencer:“For [Rep. Jason] Lewis, any stigma associated with career and technical education, ‘will be removed fairly quickly’ when people see that their neighbor is ‘operating a lathe at the local manufacturing facility for $65,000 a year with full health benefits,’ and they themselves have a degree in humanities and ‘serving coffee at Starbucks.’  The article’s headline, “In D.C., Efforts to Champion Alternatives to Four-Year Degrees Slow to Gain Traction,” pertains to various efforts by Lewis and Senators Amy Klobuchar and Al Franken to pass pertinent pieces of legislation.

Spencer writes that Georgetown’s Carnevale argues, “Americans may accept that reasoning [in support of] community and technical college[s].”  But the Star Tribune reporter also writes that Carnevale thinks that “pushing vocational education back into high school will create a ‘race and class divide’ where poor students and students of color fill most of the slots in career and technical programs, while four-year college prep mostly becomes the province of middle class and upper class whites.”  That, Carnevale said, “is a political death march.”

Me:  Carnevale makes more than a fair point about death marches, but my main concern in this general area is a different one.  I would like to believe that high school teachers and administrators, along with junior high educators, will not push low-income and minority boys and girls into vocational tracks in the often discriminating yet indiscriminate ways they once did.  And if such students are so pushed, I’m confident more than a few community and other voices in communities across the nation would object loudly.  Yet from what I understand about how most guidance counselors now do their jobs (here’s the encouraging news), the last thing they want to be accused of is tracking members of any group into anything “vocational,” as profit in doing so is very small, with risk very big.

My worry, rather, is that too few low-income and minority young people and their parents will take sufficient advantage of the many valuable opportunities that career and technical education can offer all types of students.  And that after graduation, too few young people of color, similarly, will take sufficient advantage of postsecondary routes such as one-year and two-year certificate programs, and other non-four-year programs and degrees, and what they can offer broad expanses of students.  If either one, or both, of these under-enrollments prove to be the case, they will derive – disappointingly but surely not surprisingly – from a lot of bad and unfair history.

Our health care heroes continue to work tirelessly on the front lines of the coronavirus crisis. To help keep them safe ...

END_OF_DOCUMENT_TOKEN_TO_BE_REPLACED

As reported in a February obituary, it took an old high school friend a few years to learn he liked working with his han...